The You-Ni-Verse CD is here! Order yours now!
Buy the CD
Skip to content

Oranges Are not the Only Fruit [RECIPE!]

This is an extra special break from my usual program of writing about inner work and personal growth to bring you one of my favourite cake recipes! Inner work of a different kind… 🙂

So, I have just come back from a beautiful weekend down at the Victorian coast, to celebrate the birthday of a lovely friend of mine, who I will call here the Russian princess, to protect her anonymity. I baked this flourless orange and almond cake for the Russian princess, which happens to be one of her favourites. Thankfully, many of her friends, princesses of other Russian provinces no doubt (my friend is crown princess of Moscow), and also of other countries (South American and Asian) also enjoyed the cake so I wanted to share the recipe here for all to try baking at home.

This cake is an ancient Sephardic recipe – the Sephardic Jews are the Jewish people who originated in the Iberian peninsula (Spain and Portugal). This is one of their recipes from the middle ages. I lived in Spain for ten years, five of those on the island of Majorca, where oranges and almonds are grown in abundance, so I am not surprised that this recipe came from this region!

This is a great cake for a special occasion (like the birthday of the crown princess of Moscow!) or just to have on a cold winters evening as a dessert. It is perfect served with yoghurt (coconut or cow) or sour cream. The sugar balances our the tartness of the oranges just enough, but not too much to make the cake overly sweet. And the glaze is a nice finishing touch to make it even more delicious, if that were possible!

My own Mum, Sue, was the first to bake this cake for us many years ago, and she discovered the recipe in the now classic Middle Eastern cookbook by Egyptian emigré to Europe Claudia Roden, called ‘A Book of Middle Eastern Food’. In that book (first published in 1968, which would have been not long before my Mum got it!), Claudia discusses the history and cultural context of each recipe before outlining the steps to cooking it.

I was fascinated when I discovered reading through the history of the Balearic Islands in a library in Palma, the capital of de Majorca, that the (Sephardic) Jewish people who lived on the island in the late 1300s during an intense bout of antisemitism in Spain were  ordered to convert to Christianity or be forced into exile. Many of them did convert, but still practiced their Jewish faith behind closed doors. And they were even given a special name –  ‘Conversos’ (the converted). So even though they had done what they were told to do, they were still singled out by this name as ex-Jewish people. Some of these people in Majorca back in the middle ages may have baked this cake using their own oranges and almonds if they lived in the countryside, in between jousting matches, fiestas or fighting off the ‘moros’, AKA the moors, Islamic invaders from North Africa.

Step 1: Wash the oranges and simmer them, unpeeled, in water to cover for 2 hours. Cool, cut them open and remove the seeds. Puree the oranges, including the peel, in a food processor or blender.

Step 2: Heat oven to 180 Degrees (centigrade). Beat the eggs in a food processor or large bowl. Add the remaining ingredients, including the orange puree, and mix thoroughly.  Pour into a buttered and floured cake tin, with a removable base if possible.

*For sugar I generally use the dark brown not-so-processed sugar, it gives the cake a rich flavour.

Step 3: Bake for 45 minutes to 1 hour, or until a knife inserted in the center comes out clean. Cool in the pan before turning out.

When the cake has cooled, prepare this orange glaze to drizzle over it for a perfect finish. And some orange zest (thinly cut orange rind) on top of the cake for decoration.

Squeeze the orange and a small lemon until you have a good quantity of juice. Then heat in a heavy bottomed pan with the brown sugar to form a glaze. Keep stirring to make sure the mixture doesn’t burn or get to hot. The idea is that it forms a sort of caramel, so wait until it starts getting thicker, before making some holes in the cake with w a fork, and pouring the glaze over it.

Serve the cake with some yogurt (either cow or coconut works well) or some sour cream, and some orange peel slivers for decoration.

Et voilá! or y Está! as the Spanish would say. 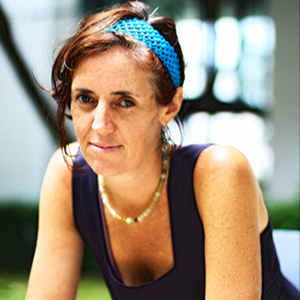 Akasha Love is is dedicated to holding space for the evolution of souls. She is a soul alchemist, artist and musician, and is honoured to hold this space for you.